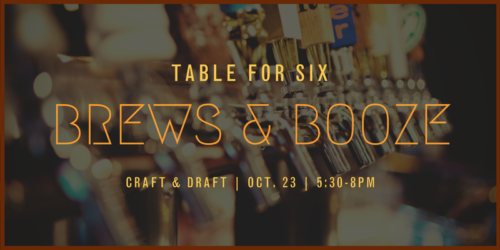 Table For Six (TF6) is a unique networking dinner that connects aspiring leaders with seasoned executives and influencers in the community. Instead of the usual, stuffy networking event, TF6 takes place over dinner to facilitate open and free conversation, Q&A and relationship building. For the next installment, we are inviting entrepreneurs and change-makers in the brewing and distilling industry of South Carolina to share their stories and experiences with our members.

Unlike previous TF6 events, we’re inviting additional hosts to join us during the networking portion of the evening to maximize involvement and exposure of those working within the beer and spirits industry.

How does it work?

Attendees and hosts will connect over drinks and conversation during our networking hour inside Craft & Draft to get things started. Those who purchase a ticket for the dinner portion will then exit to the patio area to take their seats. Hosts will then introduce themselves and dinner will be served. Throughout the remainder of the event, attendees will have the opportunity to further connect and form relationships with their table hosts over dinner.

Who are the hosts?

Brook Bristow,
One of the nation’s leading craft beverage attorneys and founder of Bristow Beverage Law.

Mike Taylor
Founder and owner of Conquest Brewing, one of the first breweries to open in the warehouse district of Columbia.

Attendees will be treated to a delicious meal and two complimentary draft beers!

Special Thanks to our Presenting Sponsor! 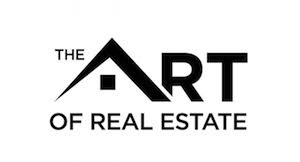 Talent of the Month